All of the 600 flats in 'Pelícanos 3' have two or three rooms, a combined kitchen/living room with a niche for drying laundry and a bath.
Luz Dary Marín (38) runs a shop in her flat. Goods are stored all over the place.

»For the mere fact of having been displaced, we must not get stuck in this mentality. We need to look beyond that and keep on going. We need to look for new alternatives and ways to get ahead for ourselves. I always liked to work, to fight and to move forward.
I’m an entrepreneur.«

Seven family members share the flat's narrow space. The picture shows the cooking/living area.
The housing complex was designed without any shops. Despite the prohibition, many residents sacrifice some of their space to stay afloat by running small shops.
Leidy Johanna Lopez Londoño (36) and her mom run a grocery store in the entrance of their family's flat.

»We came here as one of the first families. Since the shops are quite a way off, talking to my mother one day, I came up with the idea to set up a little vegetable shop. She had concerns about it, because the only money we had was meant to pay the utility bills on Monday. This was on a Friday. So I suggested to spend the 200,000 pesos¹ on vegetables and recover it by Monday and so we did. We put up a board and started selling packages for a thousand. The people went like: “Oh, that’s so nice!” Like this we recovered the money, paid the bills and kept stocking up. This is how we survive.«

¹ equivalent of approx. 70 US dollars

The flat was issued to Leidy's mother Gabriela, after her displacement was recognized. The nine family members strengthen their unity through conversation.
There's not a single playground for the children of 545 families. Due to frequent conflicts between gangs and police, parents don't let their children play outside the complex alone.
Ofelia Cuesta Roa (44) shares her flat with twelve family members.

»Until we got the apartment, we had to struggle a long time waiting for this dream. In 2007 I filled out the form and in 2015 the flat was assigned to me. I’m really grateful, but the apartment is very narrow for all of us living here, because we’re thirteen people. All of my daughters have their own families and children. At night it gets very tight. Only some of us can sleep in a bed and the others have to sleep on the floor, because there’s just no space to fit more beds.

I don’t accept a messy place nor anybody to come home late. In the household, we share tasks. Someone cooks the food and another one washes the dishes. You can’t look after everything all by yourself. I have the first and the final say, because I’m the head of the household. I make the rules and if anybody doesn’t respect them, that’s his problem. It’s as easy as that.«

Ofelia's granddaughter Mayra prefers to draw outside in the stairways.
Many beneficiaries used to live in informality before. Utility expenses and property taxes pose big challenges for families without regular income. Unpaid invoices may cause them to lose their apartments.
Pedro Mendoza (56) used to run a billiard bar in the city, but he can't afford to pay the protection rackets anymore. Now he stores his slot machines in the living room.

»We are from Córdoba, where we used to have a finca. After we got displaced, we came to Medellín. This was 17 years ago. Later, we were relocated to the ‘Pelícanos 3’ apartments on account of displacement. In 2015 we received the apartment. On the upside, we no longer have to pay rent. But on the downside, I can’t work, because I live on the fourth floor. I ain’t got no business. I’ve always been living independently and now I’m without business and without employment.

The government grants a humanitarian aid, which I used to receive every year. But  five years ago it was suspended. Ever since, we’re waiting for the reparation payment (due to forced displacement), but nothing has happened. There has been no solution.«

Pedro and his wife rely on their children's income in order to pay for utility services and groceries. Two kids and four grown-ups share the flat.
Luz Dary Marín (38)
Leidy Johanna Lopez Londoño (36)
Ofelia Cuesta Roa (44)
Pedro Mendoza (56)
The youngest fight for a football pitch to be set up on a suitable lawn right next to the housing complex. Municipality staff already visited to take a look at the site. Ever since the kids wait for a response.
This work was created in cooperation with
Diana Paola Cabrera Rojas.

In 2016, the Colombian government and the FARC guerrilla signed a peace agreement in Havana.² Consequently, former president Juan Manuel Santos was awarded with the Nobel Peace Prize. For the purpose of reducing poverty and restoring peace, a media-effective construction project was adopted, providing 100,000 free apartments for war victims, displaced people and casualties of environmental disasters.

The housing complex ‘Pelícanos 3’ is situated in the periphery of Medellín, where criminal gangs dispute the territorial control. Conversations with residents offer insight into whether their situation changed due to the public aid program, what kind of implementation lacks they experience and which perspectives arise.

This work was created in cooperation with
Diana Paola Cabrera Rojas.

¹ Source: Registro Único de Víctimas (as of 31 March 2020)
² After all, the deal did not conclusively put an end to the armed conflict. 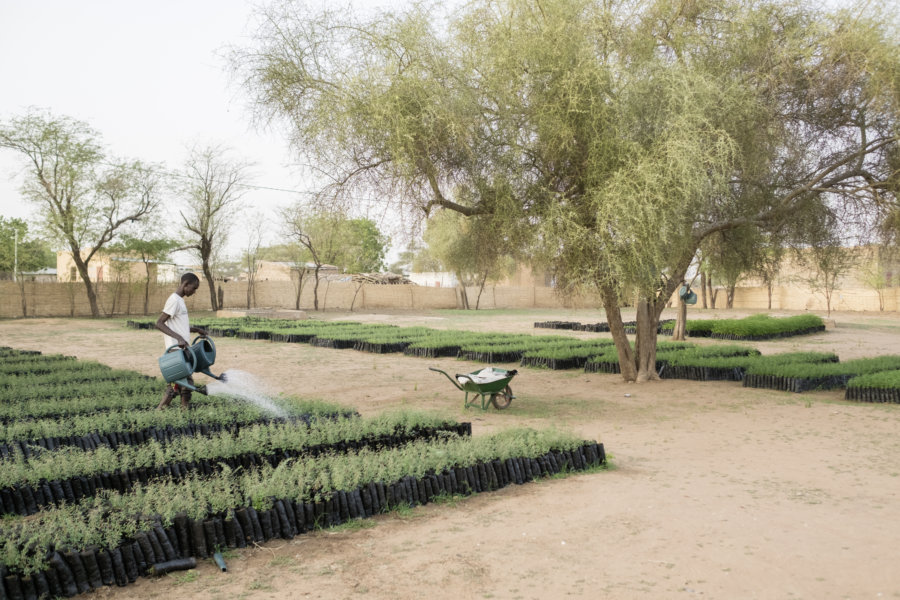